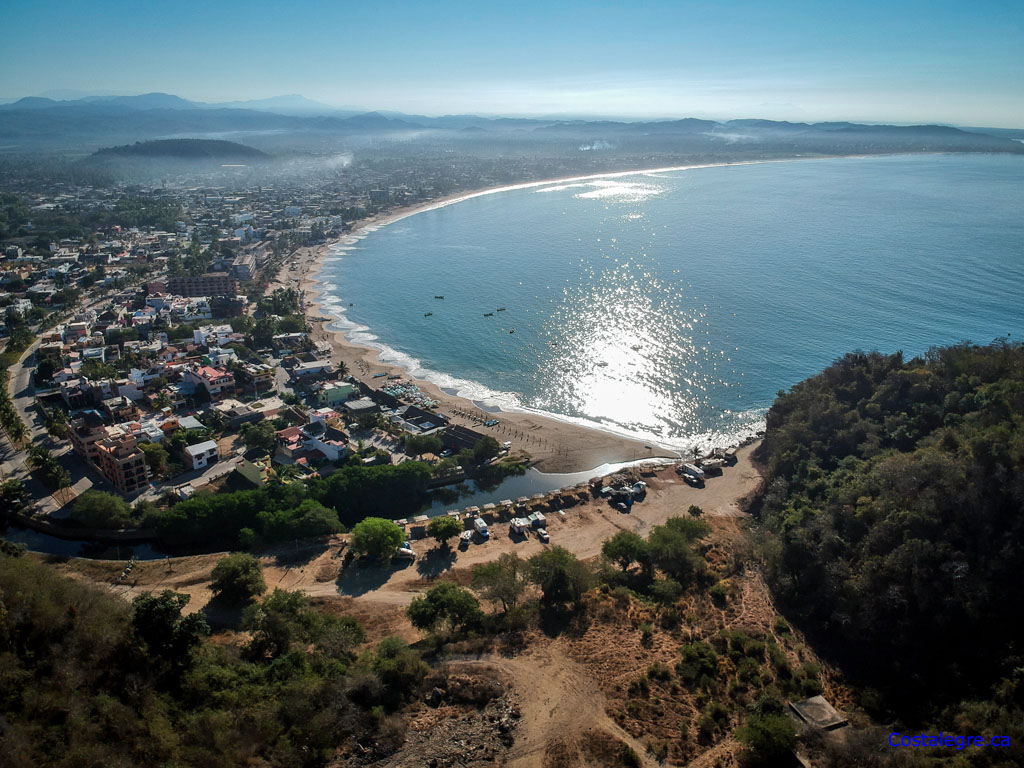 One of the main attractions in Melaque are the beach areas.  Although Playa Melaque runs unbroken toward Barra, it actually consists of 3 beaches.  Playa Del Sol (beach of the sun) which fronts pueblo Villa Obregón, Playa Mayorca is below San Patricio and Playa del Paraíso is to the west in Melaque.  Playa Melaque is oriented roughly East and West, so the suns rises on one end of the beach and sets on the other.  The waves are smaller and the beach somewhat more crowde1d toward the western end of Playa Melaque, where the swimming is safer for younger children.  Don't miss the new malecon walkway in Melaque West. 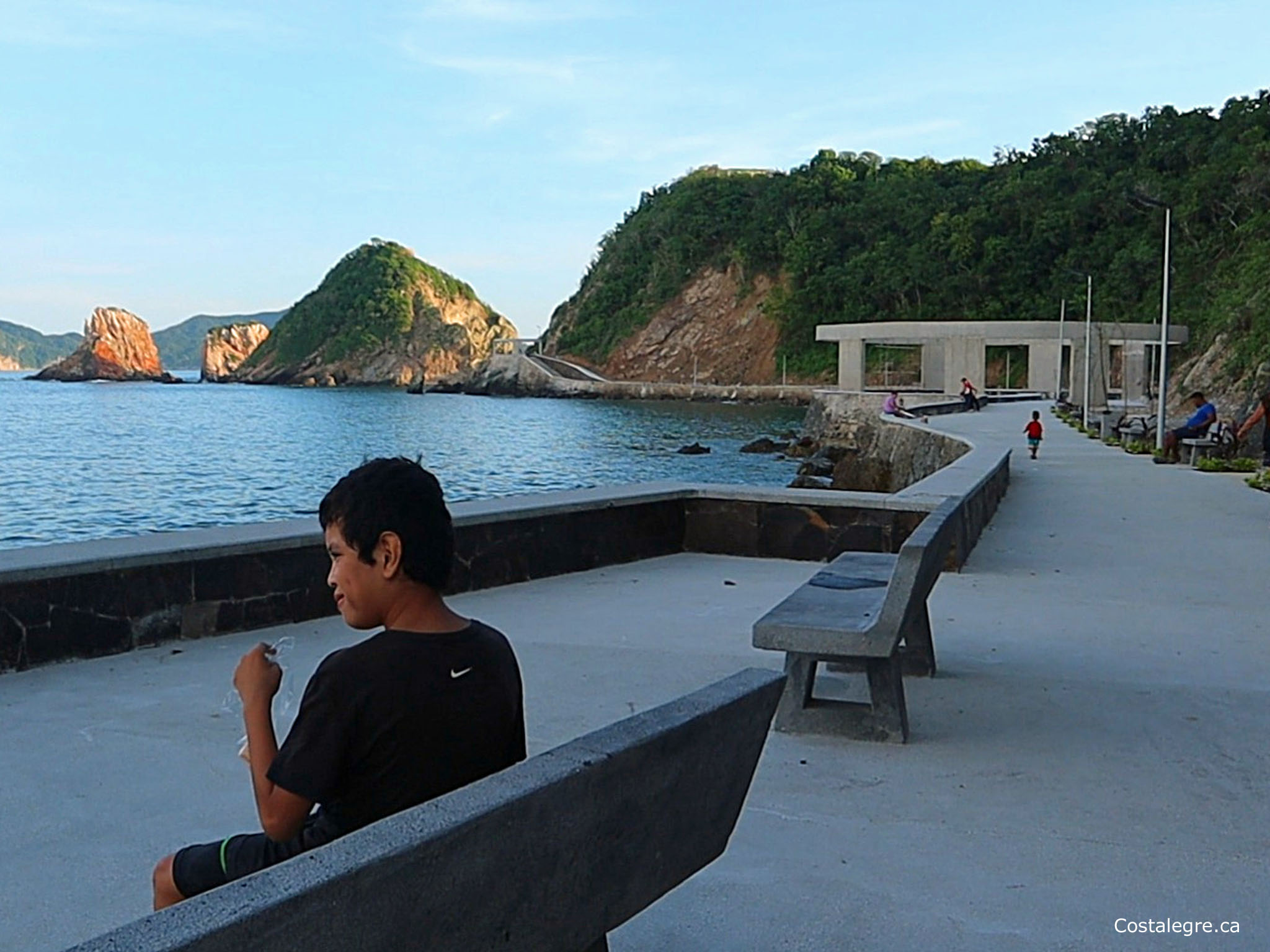 Villa Obregon Fiestas is held every year in late January. Participate in some Local Culture, with daily parades, live music & bull riding.  A benefit for “Centro De Atencion Multiple Cihuatlan” is also held in January. There is an auction, live music and concert.

Occasionally there are live shows featuring famous Mexican entertainers held at the Stadium in San Patricio.  Pictured here is a poster and the entrance ticket for Ezequiel Peña's January 13th. 2002 rodeo show. It featured singer Elizabeth Arana and the Yovisong 18 piece "Banda".  There was rodeo bull riding, and Ezequiel sang on horseback.  Show lasted about 3 hours and cost $100 pesos.  Spectators danced in the isles. Bring ear plugs to live shows, as they are very loud!

There are charreadas (Mexican rodeos) held occasionally in nearby pueblos and also take place at the bull ring on the corner of Calle Hidalgo and Mex 200 the week before Festival Melaque.