HISTORY OF THE COMMUNITY OF SAN PATRICIO 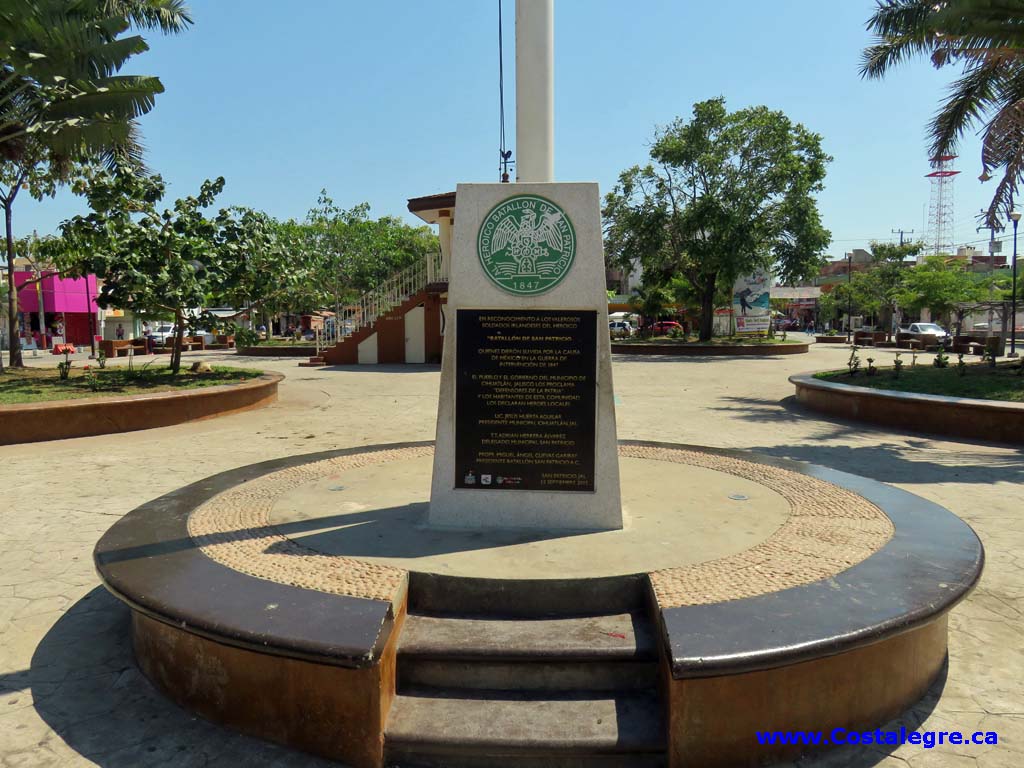 A Great Famine occurred in Ireland between 1845 & 1849 and was a social, biological, political and economic catastrophe. The death toll was estimated at between 2 and 2.5 million.  Many young men and families left to the United States to find a new life and many were enlisted in the army.  When the US-Mexican war began in 1846, where Mexico lost Texas, New Mexico, Arizona and California almost 2.4 million km², (five times the size of France), many of the young Irishmen switched sides and joined the Mexican army to fight for Mexico.

The San Patricio Battalion was a military unit composed of several hundred of European immigrants, Irish and German descendant, Canadian, English, Scottish, Polish, Italian and some foreign residents in Mexico, who fought in the Mexican Army against the invasion. They took the name of the patron saint of Ireland. They are also known by the nickname "Los San Patricios" and "Los Colorados Valientes". In this war a group of 46 Mexican cadets (between 13 & 16 years old) died in the Battle of Chapultepec castle in Mexico City and are also known as Niños Héroes (the hero kids).

All prisoners including Los San Patricios who still lived, were later released from prison. Those who survived the war disappeared from history. A few could claim the land promised by the Mexican government.  After the war John Riley and other Irish followed the Mexican army for a while. As John Riley settled in the State of Puebla and Veracruz others settled after the war in the region of Totolmajac, the Izote and Tequimilpala in the State of Mexico, others in the South Coast of Jalisco on land provided by the Mexican government due to the services rendered to the country.

Some became Mexican citizens, were married and had families, others returned to Ireland or Germany.  Apparently, soldiers, friends and ranchers heard talk about the beaches and a quiet place to build and live in peace on the coast of Jalisco. They thus built a Hacienda, (a ranch), which was called Hacienda San Patricio. In Jalisco the village of San Patricio Melaque is named in honor of them and the saint.  Credits: Dr. Roberto Pimienta Woo

To commemorate the San Patricio Battalion, the above monument was installed in Jardín San Patricio on September 12, 2015.