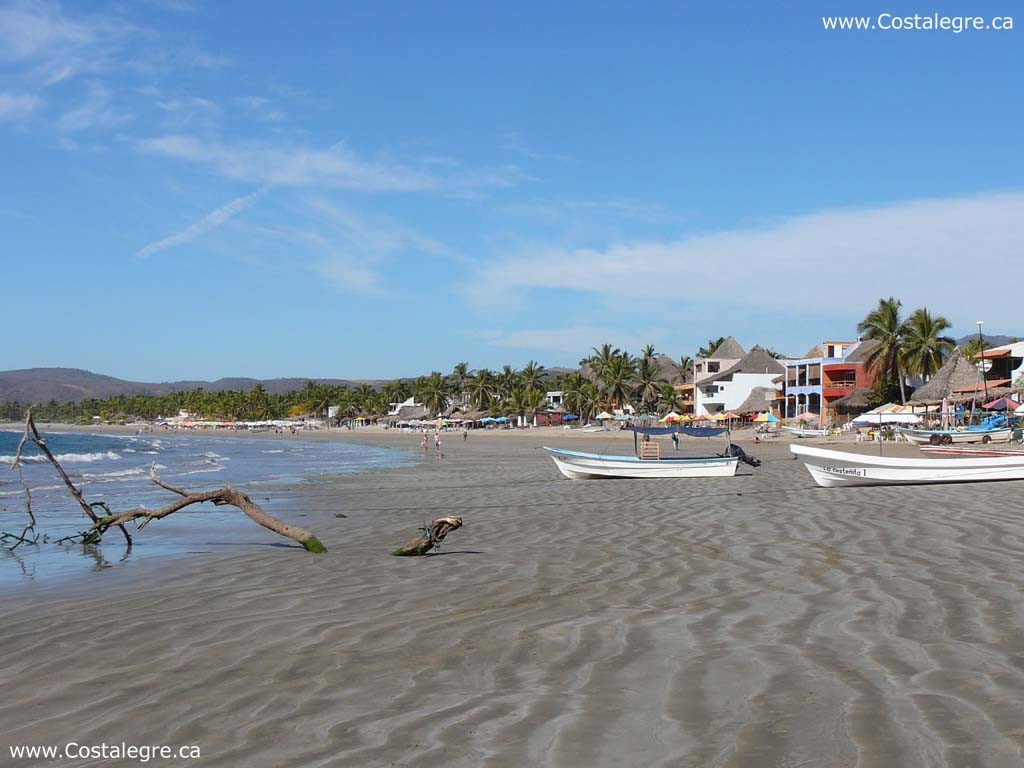 • THE ORIGIN OF THE NAME LA MANZANILLA •

In early times (long before Mex-200 highway existed), people traveled by foot and donkey between Hacienda de Melaque and Hacienda de Apazulco for trade. Along the way, they would always stop to rest under the shade of the leafy Manchineel trees which once grew abundantly along the beach.  The Spanish called the Manchineel trees Manzanilla (mancinella) which means 'Little Apple', as it's leaves and fruit are similar to crab apple trees.  Soon the place where they stopped became a small beach community which was later named 'The Little Apple' or La Manzanilla.  The tree's name was later changed to Manzanilla de La Muerte (Little Apple of Death) when they found out that the apples were poisonous.  Hacienda de Apazulco today is called Miguel Hildalgo Viejo which is 3km from modern day Miguel Hildalgo located 30km North of Melaque.  When describing their village today, many locals prefer to use Manzanilla del Mar or just Manzanilla.  There are no poison apples there today!

Cookies make it easier for us to provide you with our services. With the usage of our services you permit us to use cookies.
Ok Decline